Thank you for finding Vets on Board! I look forward to having you accompany us on our journey!

In October 2015, I came down with severe pancreatitis. As a result of this, I went into a coma for nearly six months. When I finally woke up, I was legally blind. My left eye is pretty much dead; my right eye sees shadows. Although this seems a grim outcome, I have much for which to be thankful.

While I was in rehab at the West Palm Beach VA Hospital, I ran had a crazy idea: maybe I could use my situation to benefit other veterans. The idea grew, and grew, and I couldn't let it go. I wracked my brain to come up with a way to help others. My time in the VA put me in contact with many other vets, and a lot of them remembered happier times during our long discussion. Often, this centered on exciting memories about fishing the pristine ocean waters off of Palm Beach, and cruising the Gulf Stream.

One day, my crazy idea formed into a crazier one: What if I found a way to allow these veterans to find a renewed enjoyment of the simpler things of life? Like maybe fishing? Many of these people had been abandoned or left by the wayside by a seemingly callous society. They often struggled with feelings of despair, or disappointment. Some suffered PTSD, or substance abuse problems.

Maybe I could help them get back into the world, using a shared love of fishing as the catalyst?

This vessel, Hooligan, appeared as broken as I felt! It was a bit of a wreck, but the hull was still intact. Much of the other structures and instruments were salvageable, and I had the mad idea that a bit of elbow grease, spit and polish was all that was needed to restore it to its former glory.

That is where the idea formed, to use this vessel to help not only heal me, but other Veterans who were hurting as well.

After years of hard work, I've put my plan into action, and my dream of forming Vets On Board, has become a reality.

How YOU Can Help

It is my sincere hope that, by refitting Hooligan, you and I can begin the healing process for so many of us.  Together, we can shape those bonds of brotherhood, meeting at the boat yard, at the marina, and finally, on the open ocean.

I want to thank you in advance for helping me and our Veterans make stronger relationships, overcome their disabilities, seen and unseen, and rejoin our great family! 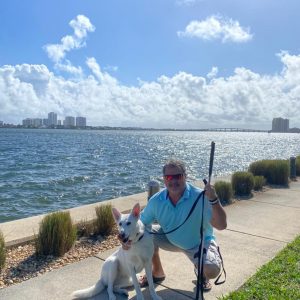 We recognize that the unique and difficult demands of service to our country can make it tough to rejoin civilian life, and that trauma exposure can make that process even more difficult. Disabilities, PTSD, stress, depression, and anxiety leave a mark on people that others don’t always see.